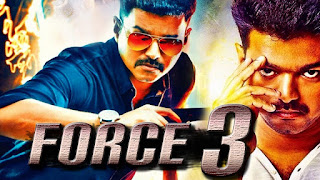 Story: The Story is about Bhoominathan (Vijay) idolises Muthuramalingam (Rajkiran), a rich powerful landlord, and at the request of his parents, he accepts to work for Muthuramaingam as his bodyguard. There enters Muthuramalingam’s rival, who has lost his daughter since she committed suicide, the reason being rejection by Muthuramalingam’s son. While Bhoomi protects Muthuramalingam, his rival threatens the life of his daughter Meera (Asin).
Bhoomi is sent to college along with Meera and her friend Madhu (Mithra Kurian) to protect them from the threat. Bhoomi joins the same class where Meera studies, as Bhoomi has previously discontinued his education. Meera does not like Bhoomi following her as a bodyguard, and therefore plans to divert him. Meera calls Bhoomi over his mobile phone from a private number and introduces herself as “Ammukutty”. Initially Bhoomi hates the mobile call as it will disturb him but later on develops a liking towards Ammukutty and slowly love blossoms for Bhoomi without knowing that it is Meera herself.