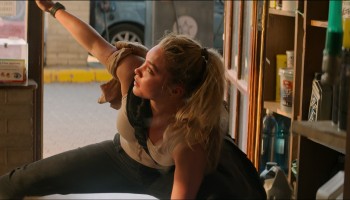 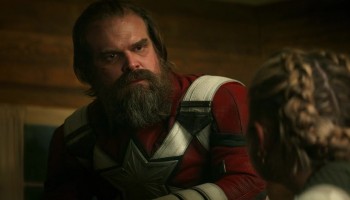 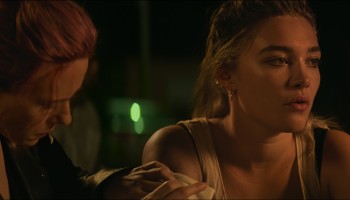 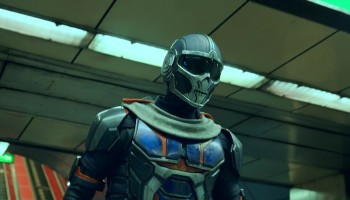 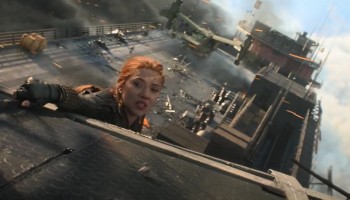 A film about Natasha Romanoff in her quests between the films Civil War and Infinity War.

based on the Marvel Comics character of the same name. Produced by Marvel Studios and distributed by Walt Disney Studios Motion Pictures, it is the 24th film in the Marvel Cinematic Universe (MCU). The film was directed by Cate Shortland from a screenplay by Eric Pearson, and stars Scarlett Johansson as Natasha Romanoff / Black Widow alongside Florence Pugh, David Harbour, O-T Fagbenle, William Hurt, Ray Winstone, and Rachel Weisz. Set after Captain America: Civil War (2016), the film sees Romanoff on the run and forced to confront her past.

In Marvel Studios’ action-packed spy thriller “Black Widow,” Natasha Romanoff aka Black Widow confronts the darker parts of her ledger when a dangerous conspiracy with ties to her past arises. Pursued by a force that will stop at nothing to bring her down, Natasha must deal with her history as a spy and the broken relationships left in her wake long before she became an Avenger.

Black widow had a very strong first half, then it completely derailed. The villain was barely in the movie and was a complete waste. As a female, I love black widow and was so excited for this film. Natasha has always been my favorite superhero, in the comics and in the MCU. I’ve seen every marvel movie in the cinemas and was literally bouncing off my seat waiting for it to start. Was also so thrilled for the movie to have a female director, finally! But let me tell you, in all honesty I was so disappointed with this movie, and this is coming from someone who was anxiously waiting for a Black Widow movie. Way less action packed than the other MCU movies and the CGI is just meh. The plot is so predictable and sloppy, very flat storytelling. The last act doesn’t even feel like something a MCU movie would have, considering how popular and good other MCU movies were. This movie could have been so much better, like the insane opening sequence seemed to imply. However, I loved the comedic and the family moments in the film and those got some good reactions out of me 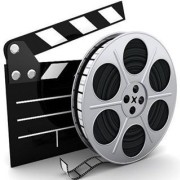